Data Encryption and Why Governments Claim to Need Backdoors

Governments across the world are adamant about getting access to personal, private, and even corporate data at any point. Usually, encryption is the tool consumers use to hide from this continuous surveillance. But will it stay that way when governments demand encryption backdoors?

Government agencies worldwide have put forth the logic that data encryption and related technologies pose security challenges in the wake of incidents like terrorist attacks. They believe that investigations get hampered, and national security becomes less stable. However, this doesn’t imply that governments are hell-bent on getting rid of cybersecurity technology and applications. The agencies have proposed the “split-key approach.” Businesses and governments will share the decryption key for all sensitive data and personal information, depending on their source. Another alternate option is that the backdoor key would be with a third-party organization.

However, it’s impossible to entrust the government agencies or third party-organizations with the backdoor key because no network in the world is 100% secure.

It leaves us with a very basic yet profound question. Who can individuals and businesses trust when it comes to their data? Organizations are extremely vulnerable to data breaches, and agencies can intrude on any network they desire. Thus, when everyone seems to be the target of cybercriminals, no network in the world is secure. It’s not wrong when organizations trust themselves but everyone when it comes to data storage and sharing.

The only thing that’s still in our favor is that lawmakers have not proposed concrete legislation, so companies and tech vendors can avoid giving access to any information until and unless a warrant is produced. However, government agencies are still working at will and performing surveillance on any individual or company.

Backdoors Could be a Vulnerability

Security and privacy advocates highlight the detrimental effects that backdoors could bring. Data encryption works because it is innately resistant to decryption techniques. By adding a backdoor, cryptography masters would essentially create a bug. And while leaving flaws is simple, how can you secure it? Experts say that creating a backdoor is not even the main concern. The aftermath presents a frightening scenario. If encryption has a vulnerability, it could be extremely difficult to make it exclusively for well-intended actions. Where will the decryption keys be stored? If cybercriminals know that government agencies hold them, they will be determined to hack them. When there is a will, there is a way. So, encryption backdoors could lead to more hacking attempts and, essentially, more problems.

Government agencies gaining a backdoor entry through legislation will have far-reaching effects on data security and privacy. Suppose we’re to take the opinion of cryptographers, security specialists, and computer scientists. In that case, they will explain that there’s no way you can give government agencies access to encrypted communications without compromising the security of confidential, sensitive, and personal data.

No one can cut down on the degree of encryption and expect data to operate on the same security level. Thus, when you’re trying to help the government agencies, you’re ending up helping the cybercriminals and the hackers gain access to corporate accounts, storage systems, and email accounts.

We can safely conclude that there’s no safe way of giving backdoor access to government agencies into encrypted communications. However, it doesn’t imply that government agencies will stop trying. Thus, it’s important to adopt solutions like a Virtual Private Network (VPN) that not only provide military-grade encryption but give other privacy benefits as well.

The battle for encryption continues to be relevant. Governments and law enforcement agencies claim that backdoors can be critical during crime investigations. Simply remember the tragic situation in 2015, when the FBI requested Apple to unlock the encrypted phone of one of the San Bernardino shooters. This incident reflects one of the biggest debates over encryption. On the one hand, no one could necessarily object to helping law enforcement catch criminals. However, the anti-encryption campaigns could have severe consequences on online security.

Considering the sophistication attacks from hackers, there are limited options for ensuring that backdoors would only be used by the intended entities. If cybercriminals know that a magic key decrypting specific information exists, they could potentially focus on retrieving it. Thus, we must consider the impact of encryption backdoors before seeing them as a viable option. Governments and law enforcement agencies also have not given us enough proof, showcasing their skills to protect confidential data. Overall, weak points in encryption might not solve the issues they aim for. Instead, it could trigger a set of new problems and hinder the online security and privacy we have the option of enjoying today.

While most of the concerns related to backdoors involve hackers, it is not the only one. Experts worry that if governments and law enforcement agencies have the option to decrypt information, they will do it more frequently (even without having enough reasons to justify their actions). Hence, if anti-encryption campaigns would gain traction, detailed guidelines are a must. For instance, backdoors could be especially detrimental to people living in heavily censored countries. Encryption and various tools are the instruments such citizens use to obviate the strict censorship. If governments can easily decrypt information, these people can be easily pinpointed or even punished. Therefore, there are many red flags to consider before passing anti-encryption laws. People’s privacy and sophisticated hacking attempts must all be considered.

How Technology Improved the Piano

3 Steps To Test Your Internet Speed 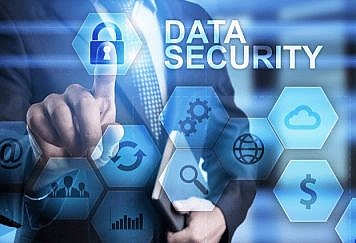 How to Protect Your Sensitive Business Data 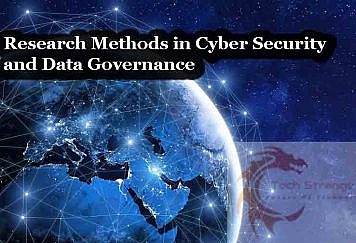