Parkinson’s disease is a famous neurological disease among elder people. Most of the cases lead to a weak physique with uncontrolled and involuntary shivering and shaky movements of most areas of the body, mainly hands. As it affects the person’s ability to do own chores or even small things like buttoning a shirt, the condition is considered severe and needs proper care and attention. It is not an acute infection reversible by a course of antibiotics but a long-term debilitating disease with chronic pathogenesis. The majority of Parkinson’s disease is indeed old age people but it can affect people of any age. There is no rule that old age people present with Parkinson’s disease but senile dementia and some other degenerative changes in the brain may lead to the formation of Lewi’s bodies the protein structures found in the brain of Parkinson’s patients. There are other risk factors like malnutrition, obesity, and some chemical exposures that may cause the incidence of the condition in young adults.

The characteristic sign in Parkinson’s disease is involuntary and uncontrolled shivering of body parts called tremors. Many other signs and symptoms are also observed in the disease with severe complications possible. Treatment for Parkinson’s disease is not curing completely-type as the condition is chronic and the pathogenesis irreversible. Being second among the commonest neurodegenerative diseases in the world, after Alzheimer’s disease, Parkinson’s disease is a common condition dealt with by every physician in the clinic. Parkinson’s disease is a common neurological disease that affects nerves and muscles. Voluntary muscles or the muscles that work with our own will get affected by this disease to a larger extent than involuntary muscles. As the small muscles like those in hands and fingers become uncontrollable and shaky, this neurological disease makes the person very weak and dependent. The affected one may not be able to do daily chores properly, like having food, water, or dressing up forget about cleaning the premises. Parkinson’s disease is the second commonest neurodegenerative disease in the whole world. Alzheimer’s disease is the first on the list. It is a very pathetic situation when a strong and healthy person becomes weak after getting affected with Parkinson’s disease. Slowly the condition makes the person so inefficient in doing anything that he becomes dependent upon others for self-care. Shivering or tremors are the main discomforts, other issues like pain and stiffness may develop in the disease. Such associated problems may not be present in the beginning but develop in later stages. Proper management on time can prevent fatal and serious complications possible.

Parkinson’s disease is a very slow progressing chronic condition in most cases. Rarely the condition may worsen in a very fast way. But normally, the disease shows five stages in pathogenesis. The first or mild stage shows mild and temporary tremors confined to a single part of the body. This stage will not affect the daily life of the person. If diagnosed at this stage, the condition can be managed well with medications. Stage two includes more noticeable tremors with stiffness. In this stage, facial expression and/or posture start to change. Also, the complaints spread to other areas, mostly on two sides of the body. Stage three has the same signs and symptoms in the second stage but is more severe. In this stage, the person starts to lose balance and coordination. On examination, reflexes are seen decreased. In stage four, the person becomes dependent on another person, unlike in the third stage. In third, it is possible to finish the works, though slowly. But in the fourth stage, the person can’t do the chores. Other issues like mental confusion, hallucinations, etc also start at this stage. In the fifth or last stage, the person is confined to a wheelchair mostly due to severe stiffness, loss of movement, and tremor.

In the treatment of Parkinson’s disease, early diagnosis is a keyword because the available medications can only arrest the progress of the disease. There are no medications to reverse the condition. So, the earlier diagnosis and medication will help prevent the disease from further progress.  Like in any other neurological disease, the diagnosis is done after the examination of the nervous system. No confirmatory test or laboratory finding is there to diagnose Parkinson’s disease. Evaluation of nerve functions, medical history, laboratory findings, imaging techniques, and physical examination are considered together to reach the final diagnosis. Many of the early signs are very mild and mostly ignored. It is better to be aware of them to get an early diagnosis. In most cases, there will be a temporary and unintentional tremor that persists without any particular cause. It may start in the hand’s fingers or face.  Sudden changes in handwriting with small and crowded letters known as micrographia is a very early sign in most Parkinson’s patients. There may be changes in body postures like stooping forward. Another ignored or misdiagnosed early sign is loss of sense of smell. Even familiar smells are not felt by the patient, causing behavioral changes. During sleep, the person may make sudden jerky movements or abnormally excess movements of the body in the bed. It becomes difficult for the person to stand up or start walking due to stiffness, which worsens over time.  Chronic constipation and permanent voice changes also can be early signs of Parkinson’s disease when there is no other cause diagnosed.

Treatment of Parkinson’s disease mainly includes medications to control symptoms and arrest the progress of the disease. Currently, medicines ( Ayurvedic medicines ) can not reverse the pathology but they can arrest its progress and prevent possible complications. This will improve the quality of life for the affected patient. The most effective medicine used in Parkinson’s disease is levodopa. It is converted into the deficient neurotransmitter called dopamine in the brain and reduces the problems. But it has serious adverse effects. A combination of carbidopa-levodopa is used as a sustained release. This ensures the timely release of the drug at the required sit in an intended manner. Medications like anti-depressants are also needed with it in many cases. Some may need measures to control tremors and improve mood & cognition. If nutritional deficiencies are present, supplements are prescribed. Some Parkinson’s patients require dopamine promoters that regulate dopamine receptors inside the brain. Physiotherapy under professional guidance is found beneficial in most cases.

New Technology That Will Assist the Elderly with Living Happier Lives

The Role of Psychiatrist in Child Therapy 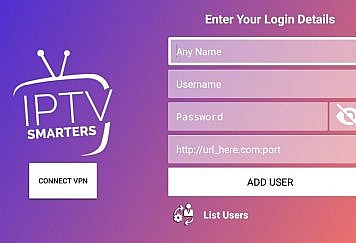 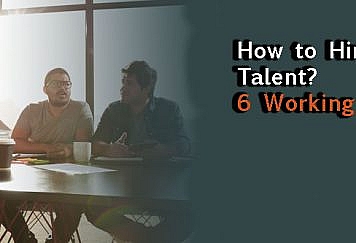 How to Hire the Best Talent? 6 Working Secrets! 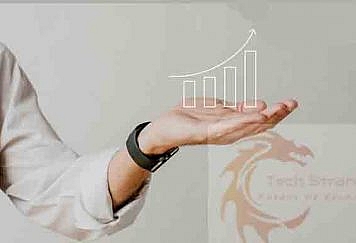