What animals make your heart full? Summons hearts in your eyes? Or turns your body to jelly. It is dogs, cats, or a somewhat mystical and colorful unicorn. What about dolphins and octopus? Anyways, whatever your favorite animals are, you do not have to worry as emoji caters all of that from insects to reptiles, and amphibians, the list goes on.

But how does emoji make the conversation bursting with a kaleidoscope of personality? Instead of the mediocre and drab only text conversations with the help of emoji, it can make the banter lively and casual and easygoing. You can joke with your friends about them being a dirty pig, but instead of using the word ‘pig’ you use emoji to soften the blow and for it not to sound offensive or just being nasty.

This article will fill your brain with underwater knowledge from the fantastic dolphin emoji to the strange sea creatures like blowfish emoji. You will also get to experience the wonders of nature at the same time, add some zing in drab conversations. You can also prepare fish and chips while reading it to make the fish gasps in shock and horror.

Crab is one of the favorite seafood that people are so enthralled with. This emoji, distinguished with a bright orange to red with huge crustacean pincers thus, describes people who are snappy or crabby. There is also quite a difference with the crab emoji in which the representation in Apple is portrayed in a realistic manner, while in emojidex, it is in a cartoonish way.

Dolphins are one of the most adorable, friendly, intelligent mammals. The emoji is a bottlenose dolphin springing in the air while facing left and a belly colored in white with its tiny snout crooked down to a protruding dorsal fin and tail. The dolphin emoji is used in a wide array of contents, may it be through the essence of beaches, swimming, or even summer fun.

The dolphin emoji, with its cartoon-esque appearance, shows an extreme similarity with how it is in real life. Dolphin is a smart sea creature filled with kindness, bursting intelligence, and radiating joy to people.  It is rarely a symbol of joyfulness and compassion—but it is usually used as it is.

Spiral shell is one of the most stunning pieces of nature you can hold in your hand. It is generally portrayed as a beautiful spiraling white shell yet empty.  However, it is known to be the home of the hermit crabs. The spiral shell emoji is drawn to ocean life and underwater nature and something like that together with tons of emoji.

The spiral shell emoji is commonly used in a content corning with beach or ocean life and having fun in the summer. There is no particular meaning in this emoji, aside from it being one of the sea-themed emoji. But seashells, in reality, we’re like a reservoir of memory. It is typically carried home and serves as a tiny memento of the vacation, whether it be good or bad.

Octopus is a big sea mollusk with eight legs and can change its color and release ink to protect or escape from predators. The octopus emoji has an orange or sometimes pink or some instances violet in hue with a round head and bulging eyes. It also has its tentacles that serve like arms that are somehow raised on its sides.

The octopus emoji is interrelated to the underwater life and sea creatures. It is also indicative of diving and even traveling. But the main idea about the octopus emoji is that it corresponds to the concept of doing tons of things all at once. It is fixated with other sea creatures like Lobster, Squid, Spiral Shell, and many others.

Fish is the most collective depiction of the sea. When you ask someone what the great emoji represents the sea, they would answer fish altogether. It is not a shocker, though, since it is the first or earliest sea creature we learned when we were just kids. The fish emoji is utilized to symbolize the Pisces zodiac, which means the Fish. It can also be used to represent fishing and fish as a type of food which may be sushi of some sort.

It is also easy to show your feelings and emotions through emoji and symbolize the sensation in your body using weather emoji. Do you think that is all of it? The establishment of marine-themed emoji allows people to describe if someone is a good swimmer or not. Emoji has all the oddities and weirdness slumped into one so, if you think you know all of it, you do not know what is coming.

Cool Things to do When Visiting Twin Cities

5 Gesture Emojis You Should Think About Before Sending 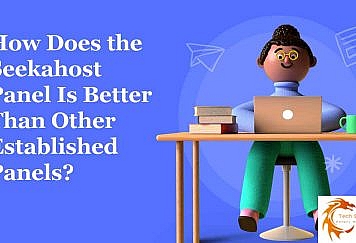 The 5 Best Hubstaff Alternatives in 2021 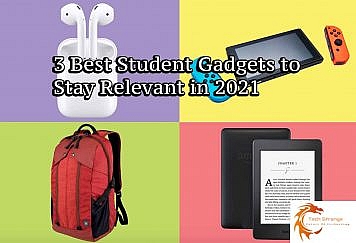