How Disney+ and Prime Video Will Dominate the Streaming Wars

The good thing about the prevailing streaming wars among different video-on-demand platforms is that viewers eventually tend to watch some breathtaking movies, shows, and documentaries on their screens.

As we all live in the post-COVID-19 era, viewers have options galore online streaming-wise. According to howtowatchinaustralia.com, a popular website related to the streaming niche, viewers can watch Netflix, Disney Plus, Prime Video, HBO Max, Hulu, Peacock, BBC iPlayer, TV Player, ITV Player, All 4, AMC Plus, etc. on their preferred devices hassle-free.

Compared to Netflix, BBC iPlayer, Hulu, HBO Max, and other streaming services, there is a strong likelihood that Disney Plus and Prime Video will dominate the streaming wars in the future to a great extent.

Disney + seems to be a potential winner of the prevailing streaming wars. This is because the US-based online video on demand platform is expected to increase its current subscriber base by 230 million to 260 million subscribers by the end of 2024.

Apart from this, the service has already added some spectacular features in its armory that can enhance its users’ streaming fun a great deal. These features are range and quality of media content, group watch, compatibility, offline viewing, multiple profiles, simultaneous streams, 4K video quality, safe-mode, etc.

Besides, Disney Plus looks like an affordable streaming option in terms of cost in particular compared to other video-on-demand services. Interestingly, viewers have to pay only $7.99 per month or $79.99 per year depending on their choice to accomplish their Disney + media craving as per their preferences.

In addition, Disney has joined hands with some of the popular content providers such as National Geographic, Pixar, Marvel, and Star Wars. This way, the famous media conglomerate is in a better position to add all the latest and classic shows or movies available across these platforms in its content library.

Furthermore, the service also keeps updating its content libraries across the globe through the latest original shows or movies based on different attractive genres like action, romance, thriller, comedy, drama, suspense, etc. on a regular basis to keep its subscribers engaged and entertained all the time.

Considering the massive catalog of content Disney Plus currently enjoys, the service will continue to be an influential player in the online streaming industry in the future worldwide for privatnostonline.

These popular shows, movies, and documentaries include The Mandalorian, The Simpson, Short Circuit, Monsters At Work, The Mysterious Benedict Society, Prop Culture, The Walt Disney, The Pixar Story, etc.

Prime Video Is Another Fabulous Streaming Service In The Making

Amazon Prime Video, also known as Prime Video is another streaming service that can give tough time to other platforms like Netflix, Hulu, HBO Max, Disney Plus, and BBC iPlayer for sure.

If we talk about its salient features streaming-wise, viewers can watch some incredible original shows or movies on a wide range of devices without any hassle.

Similarly, subscribers can stream their favorite shows or movies alongside their loved ones or friends using the ‘Group Watch’ feature straightaway. Moreover, they can watch different TV shows or movies at a time on multiple devices of their choice through simultaneous streams.

That said, Prime Video needs to up its games in terms of media content because users cannot access a multitude of shows, movies, and documentaries, unlike Disney Plus.

However, international presence is another decisive feature of Prime Video because the service exists in 200+ countries throughout the world. Likewise, the service follows a uniform pricing strategy as subscribers need to spend only $8.99 per month.

As a result, they can watch famous shows and movies such as on their devices stress-free. These shows and movies are The Wilds, Good Omens, The Expanse, Fleabag, The Beginning of Everything, Hunters, Them, Terminator Genisys, Beautiful Boy, Baywatch, Cinderella, Nine Perfect Strangers, etc from prywatnoscwsieci.

That said, Prime Video should enhance its performance in terms of content collaboration because Disney Plus has a strong association with Pixar, National Geographic, and other content producers.

But sadly this is not the case with Prime Video. Therefore, the US-based streaming service must focus on collaborating with different media broadcasting companies on an immediate basis.

This way, the service may add exciting titles to its existing media content libraries to grab the attention of potential users in the near future. Still, Prime Video has some amazing features that can help him play a decisive role in the prevailing streaming wars.

Both Disney Plus and Prime Video exist in all the major countries in the world like Netflix. It means these services can dominate the streaming wars to a certain degree provided their subscriber base continues to increase at an exponential rate in the future.

However, Prime Video has to improve its media content section a lot because viewers prefer to watch original as well as third-party media content.

If You Want a Career in Tech, Remember These Seven Tips

What Are the Characteristics of a Good Article? 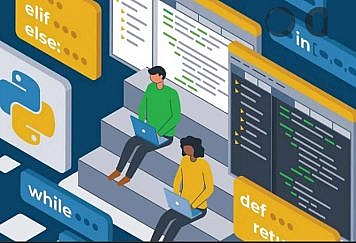 The Art of Programming in 2022 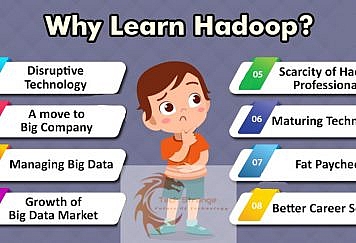 How to Start Learning Hadoop as a Beginner? 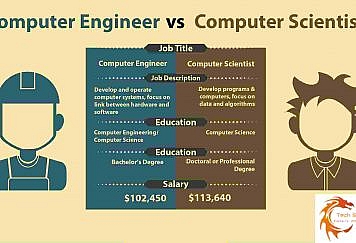