Evolution of Wifi – What Has Changed So Far?

It is hard to believe that Wi-Fi has been around for over 20 years. The technology has come a long way since the first time we connected to an access point using Ethernet cable in our homes and businesses. The original 802.11a/b standards were based on the same principles as Ethernet but used much higher frequencies (5GHz) and offered speeds of up to 54Mbps. However, these early standards suffered from interference problems due to their shorter range and more sensitive receivers compared to Ethernet. They also only operate on one channel at a time, making them susceptible to collisions when many devices are present simultaneously in an area with overlapping coverage areas. Today, the standards have changed to 802.11ax. That’s Wifi6!

Wi-Fi 6 was officially announced at the beginning of 2019. The release has been met with mixed reactions from different players and stakeholders in the industry. It is important to see Wi-Fi 6 as a long-term investment and not just another upgrade for outdated technology. The evolution of Wifi6 will help us understand what has changed so far, what are the challenges that still need to be addressed, and how they can potentially affect our lives going forward.

This blog post discusses the progression of this wireless technology from what Wi-Fi was like before, what changes have happened, and its impact on society as well as business.

The History and Development of Wifi Standards

The 802.11b standard was introduced in September 1999 with a maximum data rate of 11Mbps and an operating range of around 100 meters. It operated on the frequency band from about 20MHz to 40 MHz, offering bandwidths between 20-12 Mbps, which were sufficient for voice communication but not enough for video or other demanding applications like streaming.

The 802.11a standard was designed to operate on the frequency band of about 5GHz, offering bandwidths up to 54 Mbps, that were sufficient for voice communication and streaming video as well. The introduction of this new technology helped address interference problems experienced with earlier Wifi standards like 802.11b because they operated at a higher frequency range.

The 802.11g standard was introduced in 2003, and it offered maximum data rates of 54Mbps which were comparable to the previous standards but with a much greater range (300 meters). This new wireless technology operated on both the frequency band from about 20 MHz to 40MHz as well as the frequency band from 2400-2700MHz for short ranges.

The 802.11n standard was introduced in 2009 and offered maximum data rates of 300Mbps, which were considerably faster than the previous standards but with a shorter range (100 meters). This was the era of mobile devices (smartphones) establishing their presence in the world, and new wireless technology was needed to handle the increased demand for bandwidth. The 802.11n standard also operates on both frequency bands from 20 MHz-40MHz as well as 2400-5000MHz (short ranges).

The 802.11ac standard was introduced in 2014 and offered maximum data rates of 430Mbps. This technology supported multi-user MIMO (MU-MIMO), which is a technique that allows Wi-Fi clients to use the same frequency band without interference and also increased the channel width to 80MHz.

The 802.11ad standard was introduced in 2018 and offered maximum data rates of up to 3.5Gbps, making it the fastest wireless technology available at that time. The operating frequency band was from 5725-5850 MHz, which helped the signal avoid interference with TV transmissions on nearby channels (e.g., channel 36).

Also known as Wifi6, the 802.11ax standard was introduced in 2019 with the maximum data rates of up to 9.6 Gbps, making it the fastest wireless technology available as of this writing for both indoor and outdoor use. In the last two years, Wifi6 has made significant progress in enhancing and improving Wi-Fi networks, offering benefits like:

While the evolution of Wifi6 has made it possible for businesses and common users alike to enjoy the benefits of a faster, more reliable internet connection, this wireless technology is not without its drawbacks.

As with any new invention or technological advancement, there are always pros and cons that need to be addressed before they can become widely adopted by society. When it comes to the 802.11ax standard, there are three challenges that it won’t solve on its own:

Overall, the Evolution of Wifi technology has been a long process, and it’s still not over! There are many new improvements that have helped make our lives easier. Whether you’re working at home with your laptop or trying to stream video on your phone from outside the house, Wi-Fi has never been more reliable for a variety of uses.

How to Start a Travel Blog in 5 Easy Steps

Can You Access Netflix Full Libraries With A VPN? 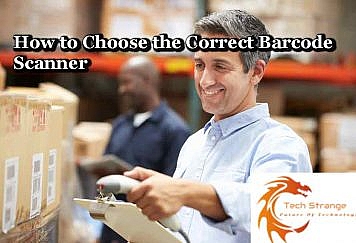 How to Choose the Correct Barcode Scanner 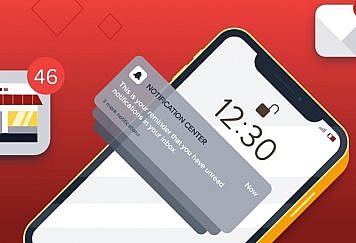 What Is A Push Notification How do I Reduce the Size of my PDF file?