Weighing the Pros and Cons of Blockchain

Moreover, it’s important to note that there will always be benefits and drawbacks to any technology, and blockchain is no exception. As such, when cryptocurrency investors don’t understand blockchain’s full potential, they tend to overlook the challenges it presents.

What Exactly Is Blockchain Technology?

In a nutshell,  is a decentralized ledger system that fosters data integrity and transparency. It’s essentially a distributed network consisting of blocks, and each block is linked to the other in a chain-like structure, hence the name “blockchain.”

In addition, every block will include a hash ID, timestamps, and transactional data. All of the information contained within the block is secured by cryptography.

The main advantage of blockchain is that it provides a peer-to-peer connection, eliminating the need for a centralized server to watch your every transaction. Below, we’ll discuss the advantages and disadvantages of blockchain technology in further detail.

Recommending digital assets like Bitcoin for beginners can be tricky since many people are wary of investing in cryptocurrency, and not everyone understands the technology behind cryptocurrencies. Despite its high return potential, there are still concerns surrounding its safety. However, since bitcoin is distributed through blockchain technology, there’s no reason to doubt its security.

Blockchain records all bitcoin or cryptocurrency transactions. Hence, these transactions solely exist as digital entries to a ledger. Additionally, although not entirely anonymous, crypto users are only identified by a series of numerical codes and can have different public keys. This ensures that transactions cannot be traced back to the user.

For increased anonymity and security, even if a user’s wallet address becomes public, they could simply generate a new address to safeguard their information. Compared to a conventional transaction system in which personal information could be leaked, no other personal data is required for Bitcoin transactions, strengthening user privacy.

Confirmed blocks are impossible to reverse, which means that once data is recorded on the blockchain, it can no longer be removed or altered. Every transaction or change is tracked and permanently recorded on a distributed and public registry. This makes blockchain an excellent solution for documenting financial transactions or any other crucial data that requires an audit trail.

Blockchain data is stored on multiple devices like laptops, desktops, servers, and cloud data over a dispersed network of nodes. This structure makes the system and data extremely resistant to technical failures and malicious attacks. Moreover, since each network node can replicate and store a copy of the database, there is no single point of failure. One node falling offline has no effect on the availability or security of the network.

On the other hand, many traditional databases depend on just one or a few servers and thus, are more prone to technical errors and cyber-attacks.

As stated earlier, blockchain is an immutable storage system, with data being encrypted end-to-end, which means no one can edit or delete any single type of data. Cryptographic hashing is critical to preserving an immutable structure.

Because every single block will have a hash ID, any changes to that block’s data will radically modify the ID. It is also extremely difficult to replicate the same hash ID. As a result, if someone tries to alter the data, all other users will notice it straight away.

While blockchain technology is known to be secure, it’s not completely safe against a 51% attack. Also known as majority attacks, this occurs when an individual or group of users acquires control over 50% of the hashing power in the blockchain. This is typically done by renting mining hash power from another party.

Blockchains, particularly those based on proof of work, can contribute to inefficient use or even waste of energy. Because mining cryptocurrency is a highly competitive industry with only one winner every ten minutes, the work of every other miner is squandered.

Moreover, since miners are constantly seeking to increase their processing capacity to find a valid block hash better, a cryptocurrency’s network resources have expanded dramatically in recent years, and it now consumes more energy.

While being decentralized and independent from financial institutions and government authorities is an advantage, it can also be a significant drawback in some instances. For example, the lack of regulation makes it possible for Initial Coin Offering (ICO) scams to occur. Needless to say, many people have been duped by ICO scams. Governmental organizations are also having difficulty making resolutions because the sector is heavily reliant on rules.

Blockchain employs public-key cryptography to provide users with ownership of their bitcoin units. Each blockchain address corresponds to a private key. The address can be shared, but the private key should be protected and kept safe.

Crypto owners use their private key to access their funds, thus acting as their own bank. If a user misplaces their private key, the money is basically lost, and there is nothing they can do to recover it.

Despite its drawbacks, blockchain technology still offers distinct advantages that outweigh the risks. There’s still a long way to go before blockchain is widely adopted. Still, many businesses are getting more interested and open to blockchain technology, especially with the public’s growing interest in cryptocurrency.

Companies can also benefit immensely by integrating blockchain use cases in payment systems. Furthermore, organizations and government groups will most likely experiment with new applications in the coming years to determine where blockchain technology offers the greatest value.

All You Need to Know About Smart Pepper Sprays

How Does the Best CMS System for Streaming On-demand Videos Look? 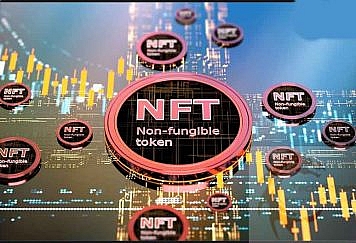 Non-Fungible Tokens & Their Impact On The Crypto World 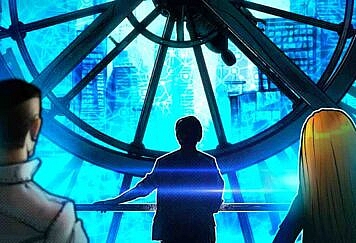 Crypto Market In 2023: How To Approach This Market With Positivity Despite Underlying Inflation?