Telegram, WhatsApp or Signal: Which One is Better?

You might have heard of Telegram, Signal, and WhatsApp; they are the three big names when it comes to secure digital messaging platforms, but you might be wondering, which one you should use if you want the utmost security when you are chatting with your friends and family. Well, as you can imagine, the answer is not that simple, because each of these platforms has different pros and cons, which you need to evaluate to come to your own conclusion.

WhatsApp was created in 2009 as freeware and it was purchased by Facebook in 2014. It is one of the most popular messaging platforms ever and one of the most used around the world. On a technical level, they incorporate end-to-end encryption using the open-source Signal protocol, which actually is what Signal uses. However, WhatsApp suffers from the classic fear of metadata which is a broad term used by companies who collect data from their customers.

The problem with metadata is that you do not know exactly what they collect, plus, metadata can often reveal enough information about a specific event to use correlation techniques to track users.

So, metadata is very much a concern for WhatsApp, because they might not know what you are saying, but it is not difficult to put pieces together and figure it out, which is scary. The other concern is Facebook; we all know that Facebook is one of the world’s largest data collectors and they offer free services because they can use your data for profit. On the contrary, WhatsApp is an entirely free application without ads.

Let’s talk about Signal by Open Whisper Systems. Signal uses open source clients and the open-source signal protocol for their encryption, which is what WhatsApp uses, but they differ in how exactly they handle your personal information.

Metadata inside of Signal is treated extremely carefully with OWS, asserting their servers not to keep logs and the closest piece of information to metadata that they store, is the last time each user was connected to the server.

One con with Signal is that they do not offer that many features and settings. Sending files and images is not the greatest thing and people can argue that group chats are the most frustrating aspect of Signal. However, they do offer both video and audio calls, which utilize the same high-security protocols; it is a very simple and uncluttered experience.

And Lastly, let’s talk About Telegram

Telegram is a popular messaging platform with a slightly different feature set and target audience. The app was founded in 2013 by Nikolai and Pavel Durov, who are also the founders of the VK platform, one of the largest social networks in Russia.

On a technical level, they are client applications which means that the apps themselves are open source; however, the server ends side of Telegram is closed source, and this means that they use their own proprietary software to handle the messages and encryption, which is not a great thing when we are evaluating the security of service since people cannot verify the code and encryption for bugs and backdoors.

In addition to that, chats are not even encrypted by default, and if they are, you are forced not to be able to save your conversation history, which will discourage a lot of people from enabling any form of encryption in the first place.

One benefit about Telegram is that it allows you to create a new channel; a new channel is a public way to broadcast your message to an unlimited audience, which is so unique to Telegram because it is not something that you have in other messaging platforms, it is also why this app is considered more of a social media platform than a messaging platform.

You can create an account downloading the apps from their websites or in the App Store for iOS or the Google Play Store for Android devices; plus, the apps are also available for your desktop and the web version as well.

All of these platforms do require a valid phone number to register, which is usually something many users complain about because it takes away a large portion of the privacy aspect of using the service, especially since they are collecting metadata.

However, if you want to protect your credentials, you should use Non-VoIP numbers, they are virtual numbers that will help you protect your information online and bypass phone verification. By using these numbers, you will receive an SMS verification code over the internet and verify your account.

Now, let’s summarize the pros and cons of each service:

It is up to you to make the choice. Go ahead and decide which of these messaging services is the best for you!

How to Use Work from Anywhere to Your Company’s Advantage

The Future of Hiring and Recruitment: What to Expect in 2021

Kanban Board: A Convenient Way to Your Projects 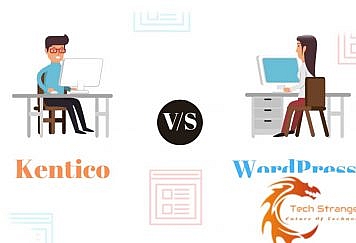 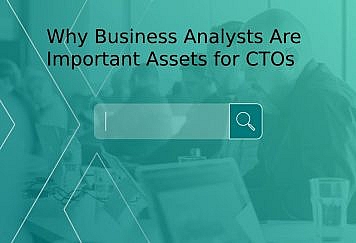 Why Business Analysts Are Important Assets for CTOs