Laptops Vs Desktop in 2022: Which is the Right Option for You?

The number of laptops sold every year far surpasses desktop sales, indicating that smaller computers are more popular right now. This fact becomes even more obvious once we consider that more smartphones are sold per year than laptops and desktops combined. In case you are wondering, the answer is yes, today’s smartphones are, both technically and practically, computers with cellular functionalities. Nevertheless, smartphones cannot replace a fully-fledged laptop or desktop in all spheres of digital activity.

Why are Smartphones Not a Consideration in this Comparison?

Make no mistake about the fact that smartphones have affected computer sales significantly over the last decade and some did believe they would even replace even laptops. Although that is not likely to happen, the truth is that smartphones have already replaced laptops and desktops in every space that they could, and finally, the market has been properly segmented, with each device having its own area of dominance.

The same portability which has allowed smartphones to become so popular is also the device’s primary limit. Technology might change at a breakneck pace, but our physical attributes as human beings, creators, and sole recipients of all features offered by gadgets are not going to change anytime soon! Bigger screens, larger physical keyboards, and significantly more computing power under the hood are some of the advantages that laptops and desktops will always have over smartphones. This is exactly why if you are looking to choose between a desktop and a laptop, an iPhone is not something that you likely even considered as a competitor here. So, let’s get started with the main comparison to see which one comes out on top.

Before we start, it should be made clear that in case you are a Mac user, the following may not mean much and you are going to be far better off with a MacBook, unless you really need or want a high-end Apple desktop for some reason. None of what we are about to discuss in this section applies to Mac users. That being said, there is a clear winner in this section and that’s the desktop PC.

It does not even matter what you want to do with your computer, because it will always cost a lot less to assemble a desktop PC that fulfills all your requirements than it would cost to buy a laptop capable of providing similar performance. That’s assuming that a laptop PC can do that, to begin with. Keep in mind that this isn’t just true for gamers, streamers, and multimedia/creative professionals but everyone.

For example, someone with a budget of just CA$650 can build a desktop that will outclass and outperform any laptop under CA$1,000. Use a portion of the extra money to buy a decent monitor and you will get more performance, more visual real estate, and save money. In fact, that’s one of the main reasons why desktop PCs did not go extinct because the sector was indeed about to go under at one point in the past.

If you are studying online, then it does not matter much whether you use a laptop or PC. However, that’s provided the coursework in question can be completed 100% online. In case you are interested in criminology, then the Wilfried Laurier University Bachelor’s Degree (Honours) in Criminology and Policing should serve as a fine example of just that. The entire course can be completed online, meaning that you can attend classes, do your work, and get your degree in criminology from pretty much anywhere in the world, irrespective of whether you choose to do so from a desktop or a laptop.

The same cannot be said about traditional courses though, because as far as desktops are concerned, those may not suffice. You will regularly need to take the laptop to your university since carrying a desktop and a monitor to college and back isn’t a practical alternative! Desktops will once again not be an option if you join an online course that requires students to come in occasionally because of how the program has been designed.

Laptops, on the other hand, especially the latest Apple MacBook Air (M1) series of ultrabook-style laptops are among the best computers that a student can own today. The same can be said about the Surface Laptop 4 if you are fonder of Windows 10/11. Now, what makes these two and a few others like them the most ideal for students? It’s a combination of being lightweight, offering a quality keyboard, having an excellent display, providing brilliant battery backup, and housing decent power under the hood. These are not the cheapest models out there, but in terms of price-to-convenience of use for students, these are unmatched options for students in 2022.

So, why are gamers and creative professionals categorized in one segment? It’s because they both need high-performance computers to meet their different requirements. Also, both creative professionals and serious gamers will by default, opt for a desktop. Not that there isn’t a laptop that can get the job done, but the following pointers should be taken into consideration:

However, the configuration and the accessories used by a creative designer or an animation filmmaker will be quite different from the PC configuration preferred by a gamer. On top of that, creative pros can work with both PCs and Macs, but neither Apple nor gamers have ever taken each other seriously!

As we can easily conclude from this discussion, there is no winner here because both laptops and desktops have their eyes set on different customer groups. The decision should be based on your own priorities and expectations from the new computer more than anything else. 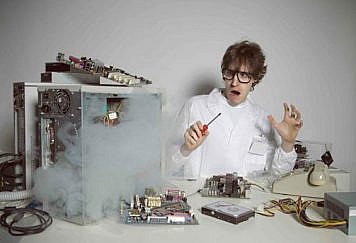 5 Common PC Problems and Their Solutions 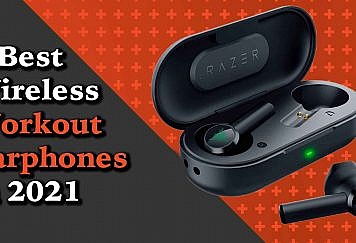 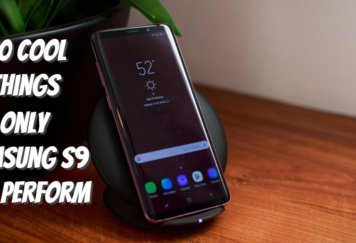