As we stepped into the 21st century on January 1st, 2001, we left behind a very different era. The 1990s were a decade of ideas, developments, hits, and misses in the tech world. The internet was still pretty much in its infancy at the time and was certainly not massively available. Of course, there was no such thing as smartphones, or anything remotely resembling a ‘smart’ device. The same went for personal computers, which were big bulky units (think heavy Compaqs and Macintoshes) and were also not readily accessible at the time. It was an era of tortoise-like internet speeds, text messages, AOL, and the transition from VHS to optical media. The 1990s were crucial however in setting the technological precedent for things we take for granted today like; Google, social media, the iPod, you name it. Indeed, no one expected the avalanche of changes that were to come in the following years.

Along came the new millennium, and we were in for a rollercoaster ride like no other. The 2000s saw the internet come full circle, and with the Y2K craze, there was a belief that the new millennium meant the end of computer systems. Into 2000, we got over the Y2K paranoia; airplanes did not fall out of the sky, and cities did not go dark -to the contrary. The event that emphasized the 2000s was of course the Dotcom Bubble, which would pave the way for the global popularity of the internet. Let’s not forget that there were more innovations, the sole precursors to today’s tech such as 3G technology, the iPhone, and YouTube.

Let’s move on to the 2010s, the age of e-commerce, mobile transitions, and global interconnectedness. The move towards a constantly connected ‘smart device’ society, together with a now vast internet would result in some issues too, such as the cybercrime era and the need for privacy on the internet. With these trends, we would see decentralized blockchain technology appear, which would take us into what some refer to as the ‘hacking’ decade, as well. The 2010s weren’t only about cybercrime and hacking, though. It was a decade that gave birth to the technology we know and use today. Society can thank the 2010s for developing social media, artificial intelligence, IoT (Internet-of-Things), autonomous cars, cloud computing, and 5G.

Why is Technology Important?

Here we are in the future, in 2021, with the ‘digital revolution’ in full swing. Whether or not we are living a ‘new normal’, as some would say, is up for debate but we are certainly knocking at the door of more major revolutions in technology. In a connected, ‘gig’ economy replete with gadgets, automation, and artificial intelligence, it is sometimes difficult to grasp the speed at which technology is evolving. It is safe to say that the importance of technology today in most of the world is not taken for granted.

The benefits of current technologies are clear, some of the major ones being;

Not only is technology a central part of work and entertainment, but a very important topic such as healthcare has come to rely on technology at all fronts. There is no debate about the fact that technology is critical for the future of healthcare. There is yet another global topic on the daily agenda too, and that is energy. The climate issue has been upon us for some time now, and technology will help us tackle the planet’s energy crisis.

What Are The Upcoming Technology Trends?

What can we expect in the 2020s when it comes to trends in technology? There will be quite a few categories and concepts to look at. With artificial intelligence, automation, and big data now widely implemented, we are going to see the focus being on; quantum computing, augmented reality, cloud computing, and even something called the Internet of Behavior (IoB).

Artificial intelligence will be a leading factor in industries such as manufacturing, healthcare, and finance. Furthermore, AI will be on our devices, in our cars, our homes. It will continue to facilitate practicality in our daily lives and will be there to advise us as it learns. Formative AI is expected to make a mark on this decade, which is a more advanced AI that adapts and creates new models from data. Along with formative AI, we should expect adaptive machine learning to take off. Together with this, we should see ‘cognitive computing’ making a jump as well, which mimics human behavior and solves problems more humanly. When it comes to quantum computing, since we are seeing a limit to transistor chip size, we are expecting the development of quantum processors in this decade that will have unprecedented power and ability.

The World of Sensors

In this decade, with artificial machines reducing the need for human interaction, we should see a world filled with smart sensors helping us; from simple things such as smart home sensors to applications in autonomous driving, drone delivery, and health applications.

Augmented Reality, or AR, will be taking large steps this decade. VR (Virtual Reality) combined with AR will improve and change our remote work experience. The way we interact with everything from personal healthcare to work documents will be boosted by the practicalities that AR and VR facilitate.

Cloud computing is not new, as we use this daily within apps like Google Docs. We will be seeing a ‘next-generation’ system this decade, however. Next-generation cloud computing entails complete scalable automation of all systems across the infrastructure. This will mean minimal design and simple unified access to cloud storage from all devices with a high-level of security. Cloud computing environments will be shifting to ‘carbon neutral’ models and businesses will be fully ‘cloud-native’, and we will be seeing ‘hybrid’ cloud applications (public and private). We should begin to see much more storage on the cloud, as well as cost-effectiveness down the road.

The Internet-of-Behaviors, or IoB, will be an important factor in the business world -but with some privacy issues involved. With the changes that have come after global lockdowns and a fractured economy, IoB will be put in place to; monitor citizen data, facial recognition, social media, and location tracking. This is aimed at reducing human-to-human interaction and things like business efficiency. Essentially sensors, location tracking, IoT, and other data will combine to improve and change human behavior.

Robots are no longer limited by their onboard hardware. This decade, we can expect cloud-enabled robots that will be able to constantly learn, adapt, and be interconnected. Applications for these robots range from personal robots to the healthcare industry. We will also see great advances in bio-tech; biologically modified organisms that work to cure illnesses are already on the way, and genome editing technology is expected to develop further where DNA can be modified with new tools safely.

The Importance of Cybersecurity and Data Sharing in The Future

Finally, let’s top these lists off with a bit of cybersecurity and data sharing knowledge. With an ever more connected society depending on the internet every day, the importance of cybersecurity, privacy, and anonymity on the internet has never been greater. Data sharing is only going to increase, so privacy needs to be guaranteed and facilitated efficiently. Businesses will turn to data sharing via blockchain technology, for collaborative purposes, reusability and interpretation.

Like everything else, cybersecurity will eventually be fully automated, cloud-based, decentralized, and possibly connected to IoB. The end goal is forecasted to be a collaborative, international approach to cybersecurity without impacting privacy. 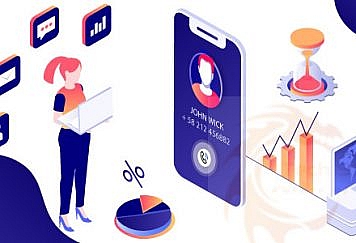 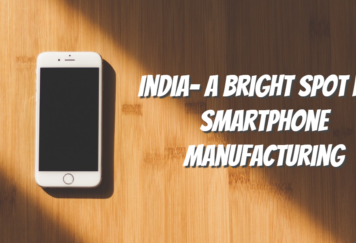 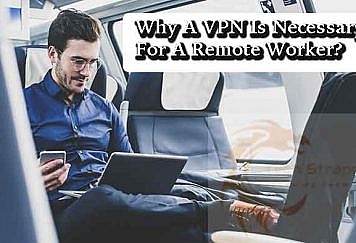 Why A VPN Is Necessary For A Remote Worker?