Roku: The Power Of The Platform Persuaded Me To Go Long

Roku is a standalone hardware company that in 2008, spun out of Netflix. It functions as one of the largest television platforms between users and content providers. Content publishers use Roku to build and monetize audiences on a global scale. Its streaming devices are consumed in North America, Latin America, and in Europe.

To remove the risk of smart TVs replacing Roku streaming devices, the company added on to its hardware-centric platform by producing Roku TVs that use its player as the OS. Television manufacturers would benefit from the OS as they would no longer have to work out separate deals with content providers like Netflix or HBO.

Roku’s market positioning will allow it to have a high margin platform growth for the next decade at the very least, as despite some of the revenue coming in from advertising, its market share and number of users continue to grow and there are so many ways for the company to monetize from this.

I believe that now is a great time to own and invest in a Roku TV or streaming device. Roku has seen a bullish growth trend, where it has quite clearly become the leader in the television space. On average, we spend three to five hours per day watching television, and streaming has made it all the more convenient, with countless options at the click of a button.

This growing shift by users towards streaming on television is why the company saw a market share of 32.4% in 2019 and projects an increase to 45.8% in 2022. We’re technically still in the early days of streaming, and demand can only go up from here for the next couple of years, and Roku has already been extremely successful as it has appreciated 12 times since 2017.

The company also enjoys several comparative advantages. Firstly, as it was one of the first movers in CTV’s, it has a specific image in the eyes of consumers and a very recognizable brand identity. It has also not chosen to diversify like its competition, which is why it is associated only with television streaming, and moreover, as it was built to run solely on televisions, it can easily run-on cheaper televisions so owning a Smart TV is not a requirement at all.

I got my Roku TV earlier this year, and I was amazed by the 26,000 apps on its App Store compared to a few thousands on Apple TV. Roku has also launched its own streaming service, the Roku Channel. As a user, the functionality and features really impressed me and was comparable to Apple too, with 4K Ultra HD, HDR, Dolby Vision, alongside options for customizability, and ease of navigation. The picture mode allowed me to adjust the quality according to my viewing environment and individual preferences, and the Video Game mode prevented any kind of input lag that I have faced on other Smart TV’s. I could also easily access disney plus on Roku along with Hulu, Netflix, and Amazon Prime on Roku.

In this short time, I’ve recognized the power of the platform as users are willing to upgrade hardware’s of brands they trust and companies can monetize through advertising, subscriptions, and so much more. Advertisements on CTV work so much better with targeting consumers and nudging them towards certain goods, in comparison to cable adverts. With newer and smaller businesses turning to CTV advertising, and the expected rise in this kind of advertising over the next few years, the Return on Investment for Roku will see a marginal upward trend. However, currently, in the CTV advertising sphere, it is ranked third with $735.4M, compared to its competitors like Hulu which is making $1.96B, and YouTube which is making $1.5B.

The chart above indicates Roku’s P/S ratio and its gross profit margin from 2018 till the present. The gross margin has clearly expanded 31% and the P/S ratio has expanded by roughly 76%. Margin expansion will, therefore, be a seemingly long-term trend for the company if its revenue growth remains on an upward tangent.

This seems like a comparably easy feat for Roku as its revenue growth rate has been accelerating, despite the effects of the pandemic on businesses. 2021 has solely seen an upward trend, which has helped to build my confidence in its long-term success.

While its reliance on third parties to help create revenue and profits might be a cause for concern, Roku has maintained its position as the largest CTV platform. The switch to a software-centric platform emerged at the right time, which shows how responsive the company is to market trends and competition. This has made it a great time to own a Roku device, as it is continuously more and more successful in the market. Once the company decides to expand into other markets globally, its relatively cheaper adoptability will make it a hit.

Your Guide To Online Appointment Software 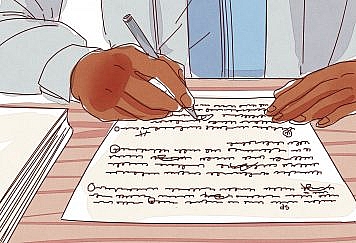 Is Writing an Essay Easy? 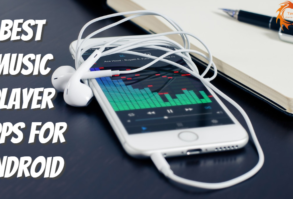 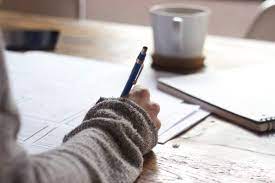